Back from the Big Show: a CES Recap

Posted by Tristan Barnum on Tue, Jan 12, 2010 @ 04:46 AM
Mini flying helicopters, giant video game screens, multi-colored lights, thumping music and tens of thousands of people. Some sort of amusement park or arcade attraction? Nah, just another year at the Consumer Electronics Show (CES), the biggest technology and gadget confab in the world.


A small contingent from Voxox attended the four-day event in Las Vegas last week, meeting with press, analysts and other parties to show off the second version of our Voxox Personal Assistant, a productivity tool that helps you better manage your voice communications. Think Google Voice, but richer and more robust. The enhanced version adds remote access functionality, which is key because it takes Voxox off the desktop and allows you to access your personal assistant from any mobile phone.


The show was big success. And now that we've recovered (on sleep at least; my wallet is still way too light after hitting the craps tables), I wanted to share some of our experiences, including select press coverage and random photos I took with my iPhone.

Select photos of the show:

Arriving at CES: Outside one of the smaller entrances at the Las Vegas Convention Center. 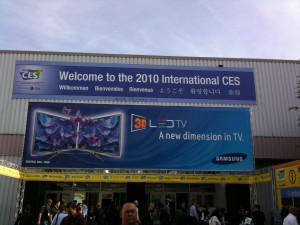 Is This a Rave, or a Trade Show? In front of the Intel booth. 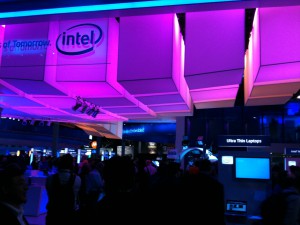 Got to See it to Believe it. CTO Kevin Hertz gives a press briefing.

Flying Thing You Control With Your iPhone: The epitome of gadget at CES, this expensive toy packed crowds all day long at CES. 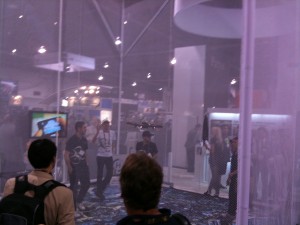 Massaged to Sleep? I tried to get into one of these bad boys, but the line was too long.

Alright, there you have it. Our week at CES. If you haven't already, be sure to download the latest version of Voxox.