Did You Hear That? Eavesdropping on Free Calls!

Yes, the government can listen to your phone conversations. They can record them too. But unless you’re saying something really interesting to some really interesting people, they probably aren’t. Call it “national security insurance.” 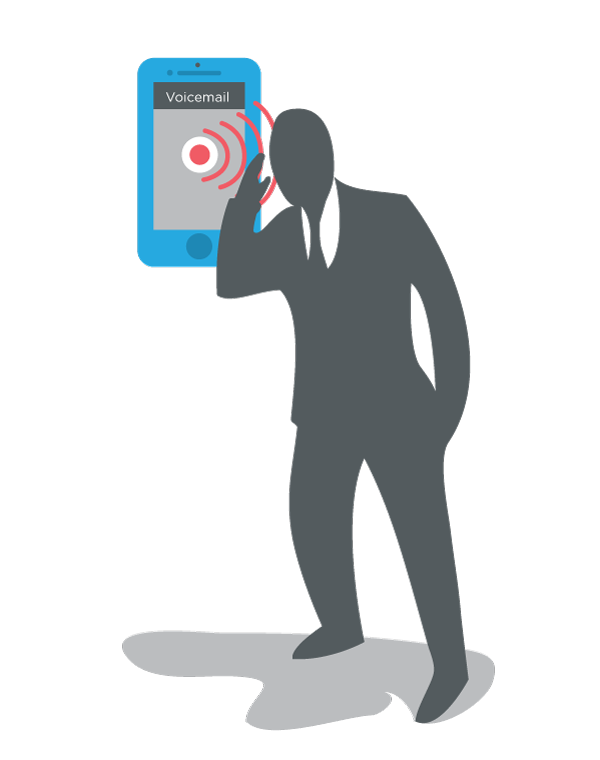 According to The Washington Post, the National Security Administration has the technology to record and store (for up to 30 days) the telephone calls of an entire nation.1 First Amendment issues aside, it’s a means of surreptitiously screening calls between citizens and potential international terrorists.

According to the Post, only a tiny fraction of the calls are listened to and even fewer are stored. Odds are that yours aren’t among them. So those super-sexy free calls you made last week, well, they’ll remain private. Probably.

Eavesdropping has a long and glorious past, with technology available only to the secretive, privileged few. Until now.

When call screening was young

Way back when, funky black boxes containing two cassettes (one for your greeting, one for the messages) were the most exciting technology to hit the telephone market since touchtone. At last, we didn’t need to sit staring at the phone, waiting for that important call. We could actually leave the house, confident that our answering machine would cover for us in our absence.

We soon discovered an additional, exciting feature: we could hear who was calling and decide whether or not to pick up. It was a whole new world we dubbed “call screening.”

As technology progressed, call screening was replaced with digital voicemail. Voicemail, for all its convenience, requires you to wait for the caller to hang up and the system to save the message before you can listen. This is a lot of waiting to find out if you should have answered the call or not.

This is still the case with nearly all voicemail systems. But not with Voxox.

Cassettes are so 80s!

In addition to the awesomeness of features like free calls, free texts, free phone numbers and free voicemail transcription (to name only a few) Voxox lets you literally eavesdrop on your voicemail. It’s called, appropriately enough, “Eavesdrop.”

Listen in while the caller is leaving a message and answer any time before they hang up. It’s the 21st Century version of the 1980s answering machine, but without the two cassettes and the funky black box!

It’s a rare person who answers an unrecognized number — even with free calls — but there are certain times when you wish you had. Those regrets can leave you lost in the chasm of endless phone tag, trying to get back in touch with the elusive caller.

Voxox’s Eavesdrop lets you listen as the caller leaves their message on your voicemail. Any time before they hang up, you can answer the call. No longer do you have to wait for them to finish the message, your voicemail to register it and notifications to ping you. This feature alone can save you hours of frustration and anxiety!

For more on Eavesdrop, refer to the post in this blog, EAVESDROP WITH VOXOX THIS VALENTINE'S DAY, posted by Tristan Barnum, Feb 14, 2011.