Don't Give Up Free Calling Just to Be A Hipster

A couple of years ago, I bought a record player for a hundred dollars. In the ensuing months I went on a vinyl binge that got me thinking I was pretty hip. I hit every record store in town, carefully examining each record for scratches, even making the shopkeeper play them in the store before I made a buying decision. A few months later, the record player started malfunctioning, with the turntable slowing intermittently, and my brief hipster fantasy came to an end. 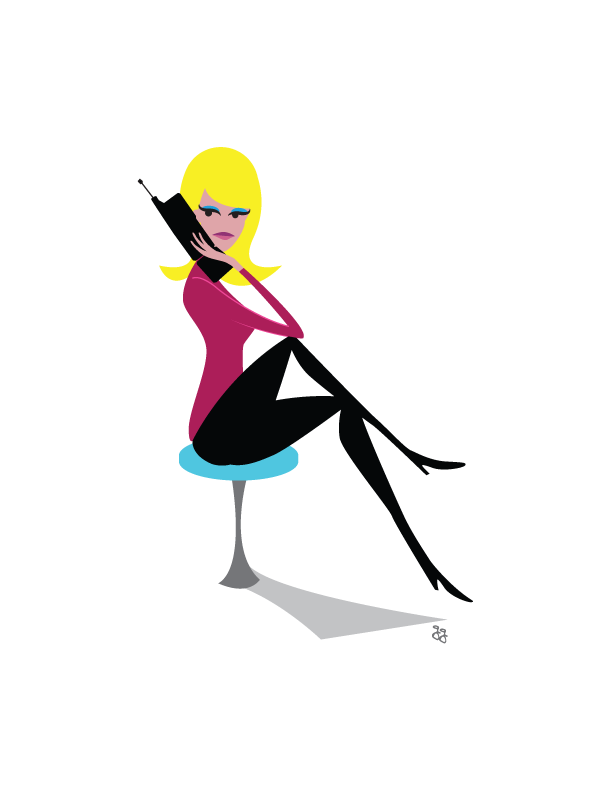 Going retro is how many people are recovering the past. It’s also a way for Generation Like to boost their cool factor. Vintage clothing stores abound and in city streets everywhere, you can see people resurrecting old styles. But nothing has caught my attention as much as the trend of abandoning new smart phones in favor of the old feature phones of 15 years ago.

As the communications universe expands, some mobile phone users are getting overwhelmed with constant upgrading by going Old School and trading in their smart phones for feature phones. Flip phones and bricks are fetching big prices — some as much as $1,3001 — even though they don’t allow you to watch video or take decent photos, let alone access the Internet!

So why the attraction?

Like my previously mentioned affinity for vinyl records, the feature phones offer intangible perks, such as a bit of nostalgia, a vintage look and a sense of retro-trendiness that appeals to the type of people who frequent 50’s-themed coffee shops.

There’s also a counter-culture aspect of disconnectivity. People are concerned by today’s over-availability and are looking for a way to simplify their communications. And that’s the real reason: Simplification.

When many people look at their smart phone screen they’re overwhelmed by all the apps they need to sift through for the most basic tasks. There are calling apps, texting apps, faxing apps, translation apps and image sharing apps.

But the terminally overwhelmed haven’t heard about Voxox. Voxox eliminates all those fragmented communication apps bogging down your mobile phone. It’s the one app that takes care of virtually all your mobile communication needs with simple, comprehensive connectivity.

While the “back to basics” approach is one way to cut down on overload, Voxox is better, simplifying communication without sacrificing major functionality and convenience. (Just imagine being on a date and accidently picking up a call from your ex because you no longer have call blocking! Yikes!)

Although you can choose to give up your smart phone and revive that old flip-phone, a better choice would be to keep your smart phone, minimize your carrier service plan and use Voxox for free calling and texting.

For more information about uniting your communications with Voxox, check out the blog post, The Top Five Reasons You Need a Free Calling App.