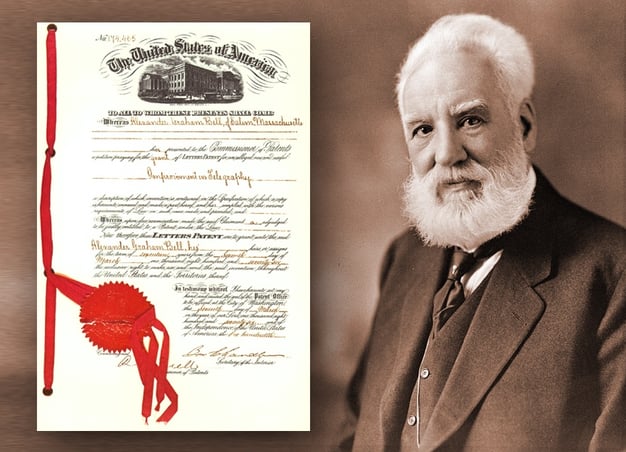 So imagine my chagrin upon reading the Wikipedia article about the invention of the telephone. In school, it was always attributed to Alexander Graham Bell. Now I find out there were other guys involved — Antonio Meucci, Thomas Watson, Johann Philipp Reis and several more. All of them made significant contributions to the creation and development of telecommunications.

If only these guys could see how far we’ve come! Here are some more great milestones in communications.

You hear talk about them, songs about them and if you’re really, really lucky, you can sometimes see them sliding across the sky on a clear night. Communications satellites are used for navigation, military application and — most importantly — communication.

Meantime in the late 60s, while no one was looking, a group of scientists and engineers at UCLA and Stanford began linking networked computers over multiple networks (basically a “network of networks”). Today there is hardly a communications media of any kind that isn’t being touched and transformed by the Internet.

In addition to a massive boost to virtually every industry worldwide, the Internet has enabled the creation of communications modalities we take for granted every day: SMS, chat, voice and social networking.

Technology is a beautiful thing. The advent of VoIP technology in 1973 has been the foundation of a multitude of free calling apps. These VoIP apps allow us to text, talk, share and block anyone on any phone in the world — for free or super cheap! Today free calling apps such as Voxox come complete with an entire suite of communication tools. And, in the case of Voxox, you can enjoy carrier-grade technology and a feature-packed, robust user interface that will keep all of your communications in a single place.

In-network calls and texts on Voxox are always free and unlimited. Out-of-network and international calls are incredibly cheap. (Check out Voxox’s international calling rates here.) Just in case you’re on the fence about which free calling app to use, Voxox also tops off your account with $1 each month.* That gets you a lot, as you already know from checking out our calling rates.

Standing on the shoulders of giants

From telegraph to telephone, and Internet to VoIP, each milestone has pushed forward the telecommunications industry to what we enjoy today. So while Pluto may be relegated to second-class status, I’m sure professors everywhere would agree that telecommunication has come a long (long) way in a very short time.

At least they’d agree on something.

*Promotion ended as of SEPTEMBER 10, 2015. Please click this link for details**