Growing up, I never understood the entertainment value of horror films. In fact, I was terrified of them. Every Saturday, my mom would drop off a group of us kids at the movies for a double feature, regardless of what was playing. (The MPAA ratings system was in its infancy then.) 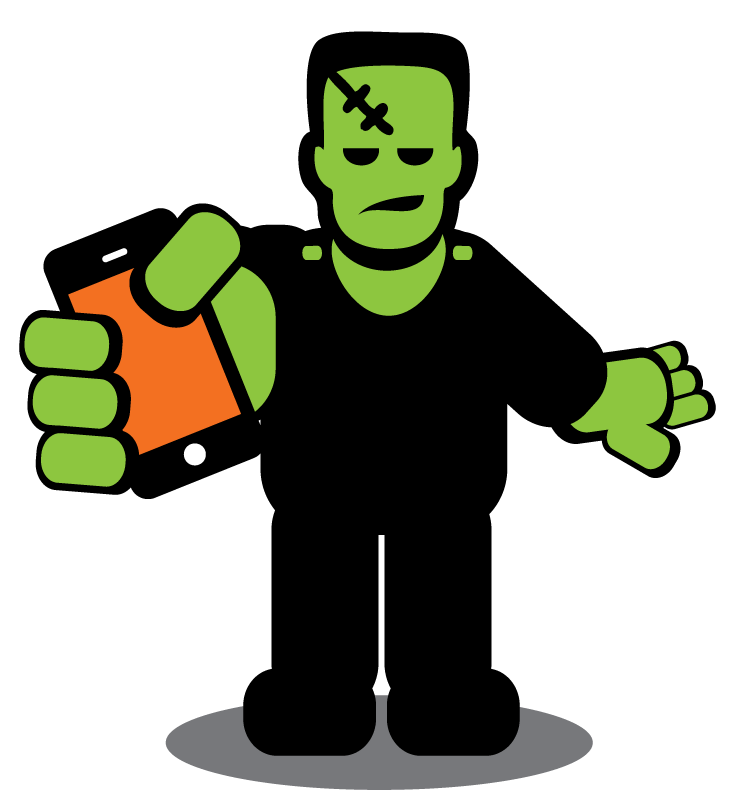 One particular Saturday featured a classic Frankenstein movie along with a Dracula film. Faced with four hours of terrifying “entertainment” — an eternity at the age of eight — I left my captivated companions in the theater and sat down in the lobby to wait it out. Although I wasn’t disturbing anyone, a theater employee (who was probably all of 16 years old) ordered me back into the theater. It was a happy sight for me when, hours later, I finally uncovered my eyes to see Frankenstein in a burst of flames with the credits rolling over his enormous body.

I haven’t gotten much braver since then, but maturity has given me at least the ability to distinguish between fun scary and scary scary. Armed with this new perspective, I was able to take a look at a few mobile apps to help get you in the Halloween spirit.

Turn down the lights and turn up the sound to play the first of these creepy mobile apps. On a terrifying Halloween night, you’re trapped in a haunted room filled with bats, spiders, ghosts, skeletons, rats, vampires and more. In the spirit of Myst, you travel around a haunted room gathering items and clues to make your escape.

Move around the room and discover desk drawers (some with combinations to figure out), closets and even a coffin! In this scary room you’ll find and use various items and solve puzzles to find a way out. Find all the bats for a higher score. Hint: Some have to be released from items in the room.

If gore is more your speed, Gun Zombie is for you. Shoot the heads off of spooky Halloween monsters in either Survival mode or Campaign mode. Gun Zombie starts you off with a pistol but the gun upgrades are frequent and generous. The ads can get intrusive but you’ll get just as skilled with closing them as you will at blowing the brains out of pumpkin-headed zombies.

The forest is pitch black, far away from any sign of civilization. Your only aid is your video camera and its blurry night vision. Now you must collect all your recordings and evidence and escape.

Most importantly, you must follow the one piece of advice keeping you alive: never - NEVER - look at him...

Slendr is a Slenderman myth-inspired horror game for iPhone and Android. Walk around a virtual forest and find your taped evidence before Slenderman finds you. You won’t get too lost though; you’re basically just turning in a circle as your phone screen responds to your movement. Graphics and sound effects can be pretty scary in the right situation (alone, in the dark, at midnight, in a haunted forest).

When you’ve sufficiently terrorized yourself with these mobile apps, you’ll want to jump onto Voxox and call or text your friends. Obviously you don’t have to tell them how scared you are, just focus on your heroic skills.