The Future of Free Calls

Meet George Jetson. In 1962 America met the Jetsons, the first show to air in color on ABC. It was set in 2062, 100 years into the future. The greatest thing about looking back at futuristic TV shows and movies is seeing what was once fantasy becoming today’s real technology. 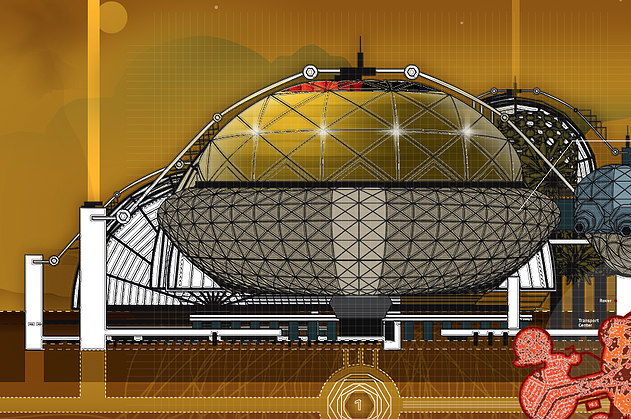 Star Wars gave us a look into the future of communications. Always online, Lando Calrissian’s cybernetically-enhanced aide, Lobot, was directly connected to Cloud City’s central computer via a device wrapped around his skull. In constant communication with the central computer, Lobot is alerted and spurred into action with a remotely uttered word from Lando.

These sci-fi innovations and more give us a peek into the future of VoIP.

Similar to Lando’s communication with Lobot, open channels would give you continuous, direct access to that special someone, regardless of the distance between you. Talk about hands-free communication! Designated open channels would allow you to start a conversation by simply talking, as though you had both just entered the same room. Just say, “Hey Paul!” and the channel to your best friend will be set as primary. Go ahead and talk.

With a constant open channel, you can imagine the possibility of an astronomical phone bill. But by using an OTT app, like Voxox, these could all be free calls.

The Internet of Things

Ever wish you could make a phone call to turn on the lights at home or have your TV record a show?

It’s all becoming possible with wireless Internet. Using VoIP, these calls could even be free! Imagine you leave the office, and with a simple free call, you start up your car in the parking lot, get dinner going in your microwave and record a must-see TV show that you just heard about. By the time you get home, all you have to do is change into your comfies. Welcome to the Internet of Things.

Sometimes referred to as the next generation of the Internet, the Internet of Things (or IoT) is the network of up to 100 trillion devices other than PCs, smartphones or tablets.1 With built-in technology that interacts and responds to their environments, these “things” communicate with humans and each other. Using extreme baby monitoring as an example, parents can see their baby’s vital functions right on their smartphones. Data can be used to make personalized decisions on the right foods, feeding times, doctor visits and more.

Many aspects of the IoT will likely be controlled via your smartphone over a wireless network. It logically follows that the commands will soon be voice-issued and transmitted over IP. Using this model, the possibilities for gathering, analyzing and responding to data are endless.

Apps to control your automated home using voice commands will abound, no doubt using free calls thanks to VoIP providers such as Voxox.

The End of Landlines

According to The Atlantic, more than half of American homes don’t use a landline.2 Does the future of VoIP mean the end of landlines? With Wi-Fi connections everywhere you go, Voxox users are enjoying reliable, free calls as more people are opting to disconnect their landlines. It’s a double whammy of savings — no more landline bills and free calls that can lower your monthly payment.

Technology wizards make yesterday’s science fiction a reality, allowing us to better integrate mobile phones into our lives. So keep yours handy. And keep using Voxox. The future is but a moment away.

For more on free calling, see the post in this blog: http://blog.voxox.com/bid/352553/what-is-your-calling-and-messaging-app-really-costing-you