Today The Associated Press helped us spread the word on an amazing customer story with the article titled, "US Navy Turns to Cloud Technology to Reduce Drunken Driving" by Yuri Kageyama. The article was syndicated around the world, online and print, in outlets such as The New York Times and Fox News and many others. So what caught the world's attention?  The U.S. Navy's NPTU (Nuclear Power Training Unit) has been using Voxox Cloud Phone in an unexpected way -- to curb drunk driving among its troops. 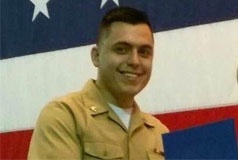 Past reports have called alcohol abuse among troops a “public health crisis” with stats like 43 percent of active-duty soldiers having admitted binge drinking within a month of the survey and that 67 percent of the binge drinkers were 17 to 25 years old. In fact, earlier this month, the U.S. Navy banned alcohol consumption for sailors in Japan due to a string of alcohol-related incidents. The military has severe consequences for troops who get a DUI, and this is often career-ending or worse.

In order to address these challenges, U.S. Navy crews in South Carolina started a designated driver program. The NPTU, part of the Naval Sea Systems Command, specializes in training junior sailors in their first year of service (an age group that tends to be prone to DUI's). Initially, the unit started using a local cab company for rides to discourage drinking and driving; however, the funding depleted quickly and the unit could no longer support the large monthly bill.

When the funding ran out, the NPTU needed a different solution. An interesting alternative was suggested by Petty Officer Michael Daigle. The idea was to implement a "duty rotation" of people designated to provide transportation to anyone who is not capable of driving, and their plans/alternatives have failed. Instead of using a third-party company for rides, the sailors organized an internal system of rotating shifts (5 crews and 3 shifts to be exact) reachable via a dedicated Cloud Phone number.

With Cloud Phone, the account owner is issued a telephone number that supports multiple employee extensions, among other business features, such as sophisticated call routing, voicemail to text transcription, call recording, faxing, and much more. Petty Officer Daigle had the idea of using these extensions for designated driver crews. The way it works is: a person in need of a ride calls the Cloud Phone number and selects the extension for their crew. The system is automatically configured to ring through a series of numbers for available members to whoever is willing to provide a safe ride home. Also, since Cloud Phone plans start as low as $9.95/mo, the service was much more affordable to maintain. The program was implemented a few months ago, after several DUIs at the unit in recent months, and the results have been incredible:

"Since the program inception, we have had zero DUI's at NPTU," said Eric L. Riddle, NPTU Commander Master Chief. "This program has provided a cost effective career and life saving back-up plan, and has enabled our Sailors to take ownership of the safety of one another. I applaud Cloud Phone and ET2 Daigle for their innovative thinking."

The Voxox team is extremely proud to be part of this initiative. "We are thrilled to see this unique use of Cloud Phone being implemented by U.S. Navy crews at NPTU Charleston to benefit the public good and combat drunk driving," said Bryan Hertz, CEO and co-founder of Voxox. "We hope to see this clever concept, crafted by Petty Officer Mike Daigle, resonate with other communities as well, both military and civilian. We are proud to have our technology play a role in saving lives."