BRIC and the Mobile First Economy

Brazil, Russia, India and China. What do they have in common? Well, economists believe these four countries — collectively known as BRIC countries — are in a comparable phase of economic progress they term “newly advanced.”

Why are the BRIC countries important? Financial clout, pure and simple. Goldman Sachs has predicted the BRIC economies will eclipse the combined economies of the richest countries of the world.1 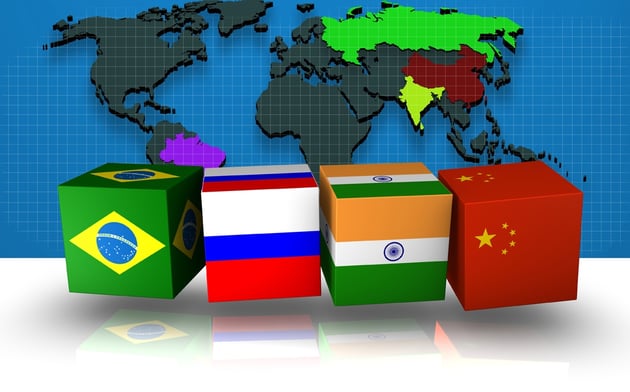 The Rise of the Mobile First Economies

Back in 2001, investment banker Jim O’Neill wrote a paper titled “Building Better Global Economic BRICs.”2 In it, he coined the acronym, which has become a symbol of economic shift from the G7 economies toward the BRIC nations — a shift from developed to developing economies.

Correspondingly, the BRIC economies have mobile device numbers that are growing so fast, they are being termed “mobile first” economies.

India: A Snapshot of the Mobile First Generation

As you’ve probably guessed from the name, Mobile First means prioritizing an online experience for mobile before the desktop — or any other device. In the past, when users’ focus was on the desktop, mobile design was an afterthought. But today, more people are using their mobile devices for online shopping (M-Commerce) and social networking than ever before.

Taking a look at a mobile snapshot of India in 2015 paints a telling picture of a mobile first economy. A leader in the BRIC economy, India is growing financially stronger while phones are getting less expensive. Producers in India are now selling smartphones for as little as $70, and have captured almost half of all sales in that market.5

It’s not news that Facebook, the world’s largest social media site, says that it has more than 100 million users in India. What is stunning, is that nearly 84 million of those users access Facebook through their mobile devices.6 (http://articles.economictimes.indiatimes.com/2014-04-09/news/49000101_1_javier-olivan-mobile-users-one-billion-users) Some are calling statistics such as this, indicators of the rise of the mobile first generation.

Here are more stats that agree with this characterization:

Mobile Internet. Of nearly 290 million Internet users, 60% (about 174 million)9 access their Internet through their mobile device. This is comparable to the U.S. value of 63%.10

Smartphone purchases. This year, India will see a 40% increase from 100 million smartphones shipped to nearly 140 million. This will also represent an increase from about 19 percent smartphones over feature phones, to about 32 percent — from one-fifth to one-third.11

For more information on Voxox’s low calling rates to and from India, see the post in this blog, GOOD NEWS ABOUT CALLING INDIA: SUPER-CHEAP & FREE INTERNATIONAL CALLS.

8. List of Countries by Number of Mobile Phones in Use. In Wikipedia. Retrieved 5 May 2015.